Let me just say it: Many Christians are sinful voters.

What on earth am I talking about? Let me explain.

Prayer people like me often love this verse as a foundation for our intercession:

We intercessors then spend a lot of time praying that God will cause people (particularly non-Christians) to behave righteously.

But can I make a Biblical point? II Chronicles 7:14 says: If MY people.

It’s God’s people who need to turn from their wicked ways. I believe one of our wicked ways is: slothful voting.

Slothfulness is laziness. We Christians are often lazy. We vote what we are told to vote. We have an *assigned party* and we vote party line without ever checking in (and truly seeking his face and listening penitently) with God about His opinions.

I have noticed 4 things:

This is where our slothfulness as voting Christians comes in.

What if God wants us to tackle these golden carrot issues in a more effective manner? What if the Holy Spirit has wisdom about these issues that we are not learning from Him because we don’t listen. We just vote the party line and forget about it.

You know the AA definition of insanity: Doing the same thing over and over, expecting different results.

Here’s a question that leads into the 4th thing I’ve noticed:

4. God is not a Republican…or a Democrat. He’s God. His ways are not our ways.

What if we voting Christians become praying, seeking God, repenting of our laziness Christians? What if we open our hearts to God’s agenda, whatever that is?

In II Kings 19, King Hezekiah was faced with a hopeless situation. Jerusalem was besieged by the Assyrians who had just sent him a letter with totally non-PC threats of what they were soon going to do the the city’s residents.

Hezekiah had exhausted his options. The situation was hopeless.

So Hezekiah tore his clothes in repentance, took the letter to the temple, spread it out before the Lord and prayed.

This is what God wanted from Hezekiah. God sent the prophet Isaiah to him to let Hezekiah know that God was fed up with the Assyrians. In the morning, the king woke up to the news that an angel of the Lord had slain 185,000 Assyrians during the night and the rest had gone home.

We Americans aren’t in Hezekiah’s situation but we still need God’s help. What if we seek God’s help:

May I encourage you to seek God’s face, pray and turn from any sinful/slothful voting ways? Wouldn’t it be cool if we aligned ourselves with God rather than one party? Let’s see what He will do in our nation. 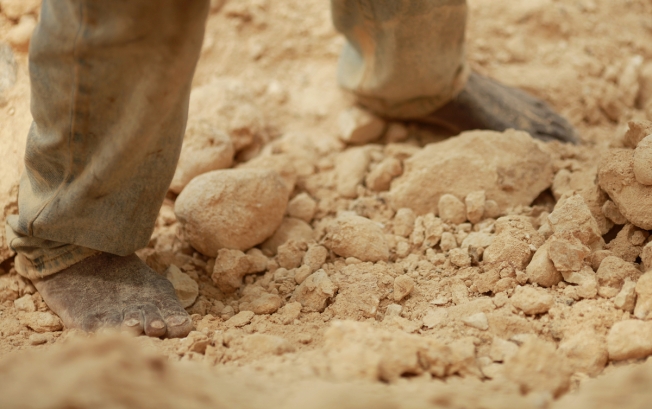 I’ve been around a long time and learned a lot of things. Here is one thing I have learned recently: The world is not a better place.

I remember when I was a kid that grownups were telling us that each generation of humans were evolving to get better and better. They would say, “Look how much better the world is than back in the pioneer days!”

That generation of adults looked to my generation (the Boomers) with misty eyes, just knowing in their hearts that the wars they had fought and the economic despair of the Depression they had endured would be a thing of the past for our generation, or at least, our kids’ generation.

The adults back then would talk glowingly about how our democracy gets better and better with each generation. They knew that we would live in peace and prosperity. They sacrificed so much to bring the hope of a better world to my generation.

My generation is now nearing the hand-off to the present and future generations. And guess what?

The world is NOT a better place.

The world still is devolved into:

The world is not a better place…

…unless you look at the things that may be more true than the evil and the not-better.

It is true there is bad, but it is more true that there are people who take prayer, like I Timothy seriously. They pray.

I exhort therefore, that first of all, supplications, prayers, intercession, and giving of thanks be made for all men; for kings, and for all that are in authority; that we may lead a quiet and peaceable life in all godliness and honesty. KJV

I imagine that in God’s eyes, these prayers are more important than the greed and corruption that perpetuate poverty and hopelessness, the wars and hatred. Maybe in God’s economy, there’s a different *currency* than money?

Maybe what is richness in God’s economy is:

Maybe *the world being a better place* is not the present goal for God, but us being the better people is most valuable.

Maybe in God’s economy, a few humble, praying people are more valuable than a group of greedy politicians and businessmen who profit from being in power.

The world is not a better place…

…unless you look at behavior that may be more true than the evil and the not-better.

Maybe what is most true is that there are a few people who show grace and courtesy, who live life according to Micah.

He has shown you, O Man, what is good; and what does the Lord require of you, but to do justly, and to love mercy, and to walk humbly with your God.

For instance, maybe the gracious act of the young man who courteously gave up his seat for me at an overbooked concert weighs more in God’s kingdom than the 3 young athletes and store employees that pushed in front of me during in my latest grocery store trip. I imagine that in God’s economy, 1 gracious young man is more valuable that 3 rude young people.

God’s economy is SO upside down from ours.

If we become better people, maybe we will seek God’s face before voting for any other greedy, bigoted, self-serving official to any level of government… Maybe God will give us wisdom to vote in wise and good men lead our local communities, states and nation.

Maybe if we seek God’s face, we will find His grace to live our personal lives justly, mercifully, humbly…more of the world will know grace and courtesy.

I’ve learned a lot of things over the years. One is that the world is not a better place.

But I’ve also learned that God has values and plans that are different than mine and He holds me (and all people) to a high level of accountability. He gives us mandates and we are required to live and act on them. Here are 3 mandates:

I hope I will live closer and closer to that humble, God-seeking person He created me to become. I hope the same for my nation.

I want to choose to live gratefully in this present world because I know the more true world of God’s kingdom. (Even though, I admit it, I wish He’d just go ahead make the world a better place in the way I want…)

Want to pray together for our nation? I started an informal, non-political prayer group on Facebook. Join me? https://www.facebook.com/groups/553733668413863/ 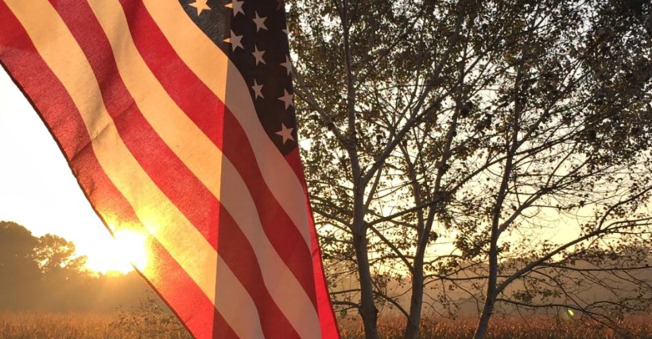 What a drab title!

However, that’s what I need to talk about: Christian responsibility to the nation in light of Scripture.

This is not about guilt: we can’t be perfect followers of Christ. (Few of us have time to move to a monastery and spend our days totally devoted to prayer and fasting.) However, we live in a day, where we Christians could seriously up our game. We have responsibilities.

There are mid-term elections coming up. We should definitely use our voices in casting our votes. Even more important, we need to is to get our priorities straight. If we do so, when we vote, we’ll hopefully have not only voted our conscience but also God’s will (rather than voting our political party’s conscience or social media’s pressure).

So, here are 5 Christian responsibilities in light of Scripture that we need to use to recalibrate ourselves:

I exhort therefore, that first of all, supplications, prayers, intercession, and giving of thanks be made for all men; for kings, and for all that are in authority; that we may lead a quiet and peaceable life in all godliness and honesty. KJV

Seriously. Pray for our nation daily. No matter what we think about the people in charge of the nation, we need to pray for them to follow God’s directives, not their own greed, lust, confusion, or political pressures. We also need to pray for all people (not just *me and mine*).

What would happen if Christians truly prayed for all people, for leaders, for authority figures: that they follow God’s wisdom, guidance and goodness? What if we prayed for them to live in truth, to fulfill God’s mission (rather than their own)? Can you imagine a nation where the people, leaders and authority figures lived like that?

He has shown you, O Man, what is good; and what does the Lord require of you, but to do justly, and to love mercy, and to walk humbly with your God. (KJV with Vicki’s updated verbs and pronouns)

Live the Big 3: Justice (Do justly)

This means to do what is right and just toward people and God’s creation. The word *justly* here is *mishpat*, which can be translated as *good deeds*.

This means to place high value in mercy. The Hebrew word for *mercy* is *chesed*, which connotes having loving-kindness toward people; and reverence and respect towards God.

Walk humbly with your God

Remember, we have the warning that pride goes before destruction and a haughty spirit before a fall. (Proverbs 16:18) We need to live with the consciousness that God is with us and attentive towards us. What would humility look like if we really believed that the God of the universe was watching us?

Responsibility #5: Seek God’s face, turning from our own wicked ways

Before we vote, before we post on social media, what if we do 2 things:

What if we genuinely walk 2 Chronicles 7:14 with clear mind and conscience? What could God do through us and in our nation if we got the party pressures, social media pressures, peer pressures out of our hearts and concentrated on what God wants to do?

I’m praying daily for my nation. Want to join me? I’m going to work on justice, mercy, humility, seeking God’s face and turning from my own wicked ways. Want to give it a try? Let’s see what God wants to do!

5 Christian Responsibilities to the Nation in Light of Scripture